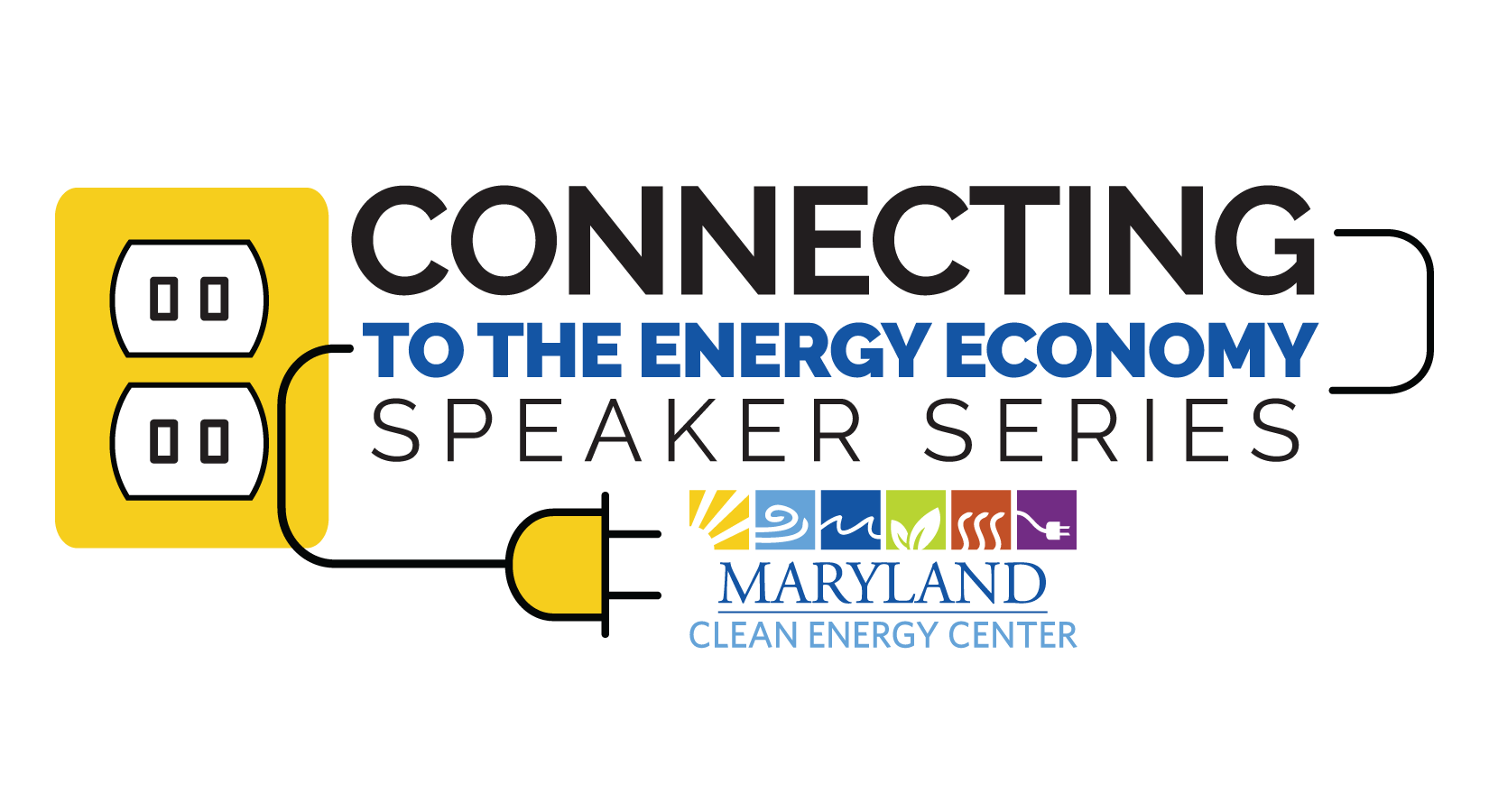 The change of administration in the White House brought about renewed focus on implementing measures to reduce the impacts of climate change and encourage the adoption of non-fossil fuel energy sources. Some states have set aggressive climate change and energy goals, backed with strategic funding and regulation. Does Maryland measure up to other states? This session will provide information about federal and state policies, programs, incentives, and investments geared to address the challenge.

Chris Rice currently serves as the Chief of Staff to the Maryland Energy Administration (MEA). Prior to his current role, Mr. Rice served as the Director of Programs at MEA, leading a team which implements more than 20 state wide programs and initiatives involving energy conservation and production.

He brings over a decade of experience in the energy sector impacting all areas of Maryland's economy. Chris Rice was appointed to the Electric Vehicle Infrastructure Council and was a Clean Cities Coordinator for over 8 years. He also sat on the North East Regional Biomass Steering Committee, ARC Energy Committee, Renewable Fuels Taskforce, LNG Taskforce and the Chesapeake Bay Commission’s study on cellulosic ethanol.

Mr. Rice attended the University of Georgia, where he earned an undergraduate degree in Biology. In 2017 Chris was awarded a certificate of completion for the Senior Executives in State & Local Government Program at the John F. Kennedy School of Government at Harvard University.

Sydney Bopp is the Chief of Staff to the Loan Programs Office (LPO) at the U.S. Department of Energy (DOE).

Most recently, she was a Senior Public Affairs Advisor with Holland & Knight’s Public Policy and Regulations group where she focused on federal clean energy and manufacturing policy. Previously, she was Associate Director of Technology Policy with the Energy Project at the Bipartisan Policy Center, where she focused on carbon dioxide removal technology and commercialization policy.

Sydney has spent more than a decade in public service, starting in the Massachusetts state legislature as a legislative aide to the Chairman of the House Committee on Global Warming and Climate Change. She was a 2011 Presidential Management Fellow where she served at the White House Council on Environmental Quality, U.S. Department of Transportation, and the Office of Energy Efficiency and Renewable Energy at DOE.

In 2016, Sydney was a recipient of the Secretary’s Appreciation Award for her work on the Department of Energy’s 2015 Science and Energy Plan.

David C. Brown is Senior Vice President of Federal Government Affairs and Public Policy for Exelon Corporation. David has been with Exelon, and its predecessor PECO Energy Company, since 1990. David serves as Exelon’s primary liaison with Congress and Federal agencies and works actively with national trade associations representing the electric, natural gas, and nuclear energy industries. During his time at Exelon, he has held a number of leadership positions with the American Gas Association, the Edison Electric Institute, and the Nuclear Energy Institute.

Prior to joining Exelon, David served as Legislative Programs Director for the American Nuclear Energy Council, where he was responsible for nuclear fuel cycle issues, including uranium and enrichment, nuclear materials transportation, and used fuel management issues.

David is a graduate of Hampden-Sydney College in Virginia and received a juris doctor degree, with honors, from the Georgetown University Law Center.

Eric leads the Maryland Energy Administration’s (MEA) portfolio of energy programs, a broad portfolio of efforts funded by the Strategic Energy Investment Fund (SEIF). This dynamic portfolio spans more than $40 million annually backed by a team of fifteen subject matter experts in the fields of resiliency, solar, wind energy, energy efficiency, energy finance, transportation electrification, infrastructure investment programs, biomass and other relevant topics. His work includes grid modernization, clean energy deployment, energy efficiency, resiliency, smart cities technologies and more. Prior to joining MEA, Eric led the Office of Energy and Sustainability (OES) within Montgomery County’s Department of General Services (DGS). In his time with OES, he was responsible for the sustainability and energy performance of County operations as well as efforts before the Maryland Public Service Commission. In this capacity, Eric oversaw the procurement, financing, construction and commissioning of the County Government’s first microgrids. Before joining OES, Eric led the County’s climate and energy programs for the Department of Environmental Protection. Eric is a Certified Public Manager, Certified Energy Manager, Certified Energy Procurement Professional among other qualifications.

Lee J. Peterson, JD is a senior manager in CohnReznick’s Project Finance and Consulting practice and serves as the firm’s government liaison. In this capacity, he closely monitors the impact that legislative developments such as the U.S. infrastructure plan could have on the firm’s clients.

Lee has extensive experience with federal and state governmental relations, policy implementation, and thought leadership. His connections to the federal executive branch, the legislative branch, the Department of Defense, and other federal agencies and regulatory bodies enable him to consult with clients and other CohnReznick stakeholders on matters such as federal renewable energy policy and procurement. Lee also advises private companies and federal, state, and local governments on public tax incentive policy, including policy with respect to the federal investment tax credit (the "energy credit" or ITC) and the production tax credit (PTC), as well as their state level analogs.