Moving Toward Energy as a Service 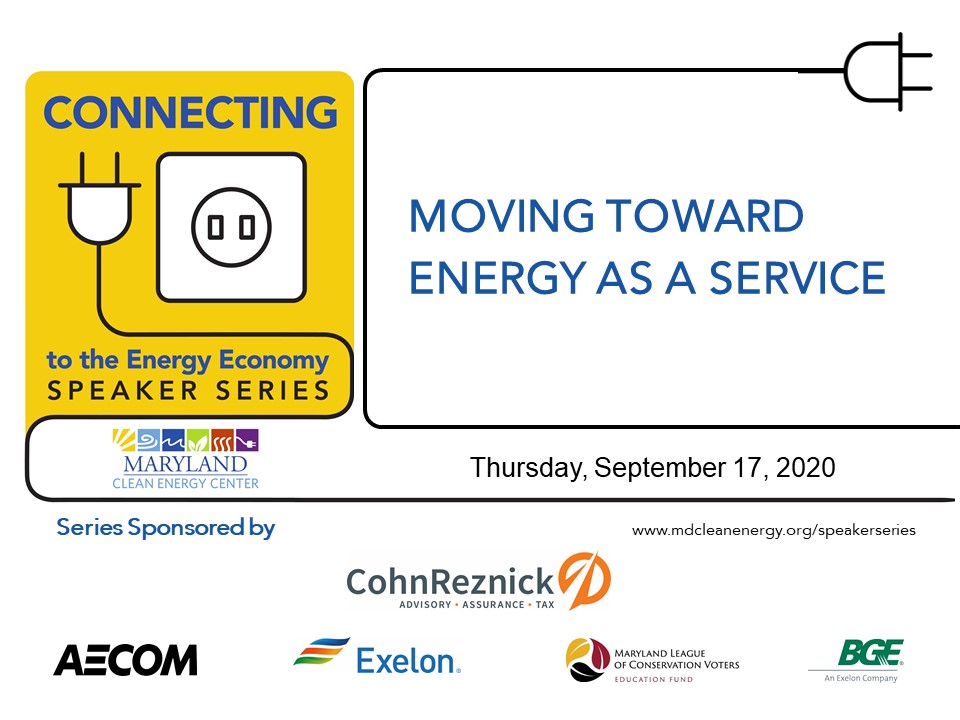 In an era where budgets are tight, implementation of cost-saving measures has become critical to maintaining viable operations of buildings and facilities. Companies, communities, and institutions are now examining the energy as a service business model as a way to upgrade critical infrastructure, better manage costs of consumption, and monetize assets through a comprehensive package of solutions. Participants will learn about the application of technical and operational strategies to gain efficiency savings, increase resiliency, and remove risks, but retain long term decision-making rights using this innovative strategy.

Leonard (Len) Dorr works as sector lead for the Energy Business Line at AECOM with a focus on District Energy and Energy as a Service development. He has over 40 years of experience in the regulated and deregulated electricity industry in the, United States, United Kingdom and globally. He has specific experience in solar, hydropower and renewable energy and project development.

Len is a market segment and business development leader for district energy - developing, designing, and building clean district energy systems for campus environments across the U.S. and Canada. He also acts as a capture manager for business pursuits and assembles project teams internally and externally.

Len has been the lead for various District Energy pursuits and project developments in the USA and Canada including P3 and "Energy as a Service" projects. In this role he recently led the DBJV team formation and successful acquisition of the National Western Center District Energy Project. That innovative market leading project is scheduled to expected to enter operation in 2022.

Ron Herbst has over 25 years of experience in energy project development and sustainability management. Mr. Herbst has managed and delivered over $2.0B of design/build/financing of buildings and energy systems and has been the technical lead on $700M of energy and carbon investment funds. Ron received his BA in Environmental Design from the University of California, Santa Cruz and a Masters of Studies in Physics & Applied Solar Energy from Trinity University, San Antonio.

A licensed Mechanical Engineer and LEED Accredited, Ron Herbst is actively involved in publishing and speaking engagements in the fields of building energy design, energy & sustainability operations, and the "greening" of real estate Investments.

Jessie served 8 years as a Naval Flight Officer and Mission Commander in EA-6B Prowlers, an aircraft carrier-launched electronic attack jet, completed 2 tours over Iraq, and was awarded an Air Medal for accumulated time in a combat zone. She led numerous divisions through time-sensitive, mission critical engagements, taught leadership and management at the Boston U/Harvard/MIT Navy ROTC consortium, and was honorably discharged in 2007.

With passion, focus, and discipline, she pivoted into the energy and utilities industry and has spent the last 13 years developing expertise and thought leadership in grid efficiency and resiliency technologies, from power transmission and distribution to behind the meter tech. She's held leadership roles with Constellation, BG&E, Exelon Utilities, Energetics, and most recently, Opower (acquired by Oracle), and managed strategic account portfolios worth over $65M in ARR. Her SaaS delivery teams maintained client health in the green through complex, game-changing energy efficiency and demand response technology deployments.

Jessie joined Sparkfund in Jan 2019 and is focused on evolving the go-to-market strategy for energy infrastructure as a service in new sectors.

Originally from Pittsburgh, PA, Brooke began her early career working in the Pittsburgh branches of both Honeywell and Johnson Controls. Brooke joined AECOM after nearly 2 years with WGL (Washington Gas) Energy where she focused on the MUSH market developing large-scale distributed generation projects.

She holds a BS in Communications and Spanish from Indiana University of Pennsylvania and a Master’s of Science from Carlow University in Pittsburgh, PA with a hybrid MBA/Masters of Information Technology Degree.

Mr. Thurlow is a Director in the Distributed Energy Systems Team of Siemens Smart Infrastructure and works with customers to develop innovated technical and commercial on-site energy solutions that support their ongoing strategic energy, sustainability,and resiliency objectives. He leverages the full suite of Siemens products and services, including generation, distribution, storage, and controls, in conjunction with a variety of financial and commercial structures to meet client needs.

Mr. Thurlow holds Mechanical Engineering degrees from Virginia Tech and the University of Maryland and an MBA from Georgetown's McDonough School of Business.