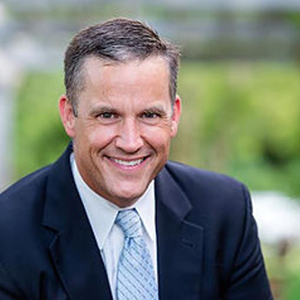 Chair of the Board
Founder & CEO - American Microgrid Solutions

A veteran utility executive, Geoff was appointed chair for MCEC by Governor Larry Hogan, is a member Leadership Maryland Class of 2010 and was awarded the William Donald Schaefer People Helping People Award in 2016 for his work to improve financial literacy through Junior Achievement.

Geoff earned his Bachelors of Arts from Williams College and a Masters of Business Administration from The Johns Hopkins University Carey Business School. 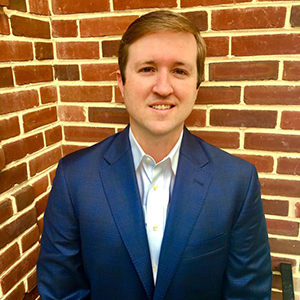 Vice Chair of the Board
Portfolio Manager - Cornerstone Advisory

Mike is a Portfolio Manager at Cornerstone Advisory, a Boutique Wealth Management firm headquartered in the Baltimore Area. In this role, he is responsible for initiating and managing client relationships.

Prior to joining Cornerstone Advisory, Mike was a Business Development Analyst with Bessemer Trust.

He currently serves on the Board of Maryland Family Network, as well as the Clemson University Club of Baltimore and Washington, D.C.

Mike earned an M.B.A. from the Robert H. Smith School at the University of Maryland, and a B.A. in Political Science from Clemson University. 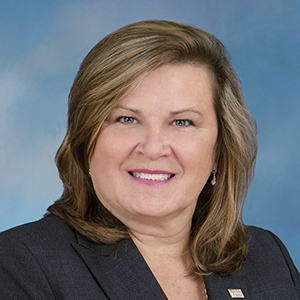 Ms. Pelletier is a Senior Vice President for Sandy Spring Bank, supporting business leaders and owners to optimize their banking experience, focusing on financing needs and strategy implementation. For over 25 years, she has specialized in Business and Commercial Banking as a Business Development Officer, Relationship Manager, and Commercial Loan Officer. Prior to her current role, Andrea has a range of experience working with financial institutions of various sizes, from Fortune 100 companies to community banks.

In addition to her role as Treasurer for the Maryland Clean Energy Center’s Board of Directors, Andrea serves on the Advisory Board for Women in Finance and Banking with the Maryland Bankers Association, and formerly served on the Board of Directors for the Bank of America Mentor Program. She is also a member of the Business Women’s Network and the Howard County Chamber of Commerce Government Contracting Membership Committee.

Andrea holds a Bachelor of Science Degree in Business from the University of Maryland. She lives in Ellicott City, Maryland, with her husband and three sweet dogs. She loves spending time with her family, exploring new places, especially beach locations! 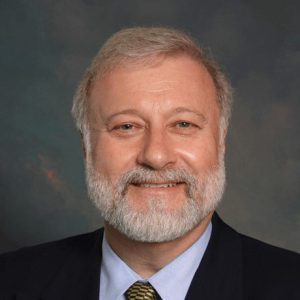 Al Delia is the inaugural vice president for regional development and engagement at Frostburg State University in Frostburg, Maryland.  He oversees the University’s efforts to help advance the region it serves through engagement with business, industry, community organizations and government. Prior to his return to Maryland in 2018, Al served in a variety of positions in academe and in government in North Carolina.  Positions he has held include service as Secretary of the NC Department of Health and Human Services; Senior Advisor and Policy Director to Governor Bev Perdue; CEO of North Carolina’s Eastern Region Development Commission; and East Carolina University associate vice chancellor for research, economic development and community engagement.  Most recently, Al was director of health access at the Brody School of Medicine at East Carolina University.

Al is a political science graduate of Drew University in Madison, New Jersey.  He is married to Cecelia Karas and lives in Cresaptown, Maryland.  He has two adult sons, Jordan and Alex. 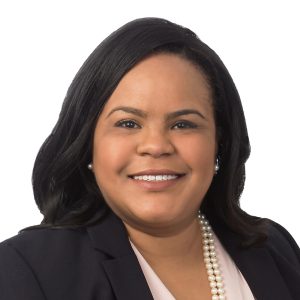 Brittney Powell is an Attorney in the Washington, D.C. office of Fox Rothschild LLP, where she advises clients navigating complex international trade, corporate, and environmental matters.  She is an ardent advocate and promoter of sustainability and the adoption of clean energy and technologies.

Brittney also currently serves on the Board of Directors of Operation International Gift of Knowledge, a 501(c)(3) non-profit organization which provides access to education to children in rural Uganda.  She also maintains active memberships in the Women’s Council on Energy and the Environment and various bar associations.

Brittney was raised in Hampton, Virginia, and resides with her husband in Riverdale, Maryland.  She earned a Bachelor of Arts in Anthropology from the University of Virginia, a Master of Arts in Public Administration from Virginia Commonwealth University, and a Juris Doctor from the University of Richmond.  She also completed an executive-level program to earn a Master of Science in Natural Resources with a concentration in global sustainability. 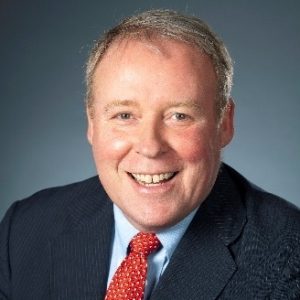 John Quinn is the Director of Energy Policy at Baltimore Gas & Electric Company and has worked to advance clean energy and environmental policies for 35 years, including previous tenures at state and local government agencies. He currently serves as the Chairman of the Maryland Chamber of Commerce Energy & Environment Committee and has Governor’s appointment to the Environmental Justice and Sustainable Communities Commission and is a member of Baltimore City Commission on Sustainability, the Chesapeake Bay Trust Council, the Baltimore Waterfront Partnership Board and the Civic Works Board of Trustees. 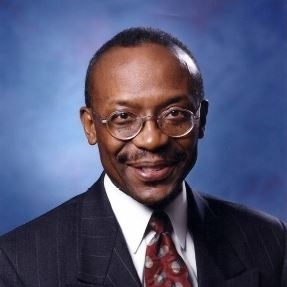 Board Member
Professor of Government, Business and Public Policy

Samuel Isaiah Williams was born in Washington, D.C. He was selected by the Chief Justice of the United States to serve as a Supreme Court Page, graduating from the Capitol Page High School, located in the Library of Congress. He earned a Bachelor of Science degree in Electrical Engineering, Master of Business and Public Administration (Finance), and Ph.D. in Public Policy and Administration.

Samuel worked in policy and legislative affairs, appointed as a budget/policy official in the White House Executive Office of the President, Office of Management and Budget (OMB). He reviewed legislative proposals, agency policies, programs and budgets; developed issue papers and testimony for the Director of OMB and senior White House officials; and made policy recommendations to the President of the United States.

He served as Director of Planning and Policy Coordination at the Department of Commerce, National Telecommunications and Information Administration, advising and providing counsel on public policy issues affecting consumers, the public and private sectors to the Assistant Secretary and Deputy, also coordinating policies, budgets and plans with OMB and Congressional authorization and appropriation committees.

Samuel also occupied business development, marketing, and strategic planning positions in the Operations and International departments at Sprint Communications. As Regional Manager of Government Affairs, he interacted with state Governors and legislators, analyzing bills and testifying before the Arizona, California, Hawaii, Nevada, Oregon and Washington legislatures, and addressing issues with state regulatory agencies.

In addition, he worked in government affairs for the Association of Public Television Stations and TCI Cable Communications; Network Strategies/ Booz-Allen and Hamilton, Inc. in telecommunications restoration in the event of natural and manmade disasters; the Pacific Gas and Electric Company, McGraw Edison Company, and Department of the Navy in energy and electric power, and the California Public Utilities Commission in energy conservation.

Samuel also worked in education computer technology with Internet-based firms, interacting with university officials and high school superintendents, also serving as guest lecturer at colleges and universities on public policy issues. He was an Adjunct Professor at Montgomery College for five years providing instruction on the organization and function of government institutions, business management, and public administration.

He was recipient of the Walden University, Laureate International Universities, School of Public Policy and Administration 2015 Dissertation Award, Engaging Citizens in Democratic Governance and the Decision-Making Process with Congressional Committees. He also had a Letter to the Editor on the politics of public policy published by the Washington Post newspaper. Further, Samuel served in the U.S. Army at the rank of Captain, Battalion Operations Officer, in the Republic of Vietnam, awarded the Bronze Star Medal. 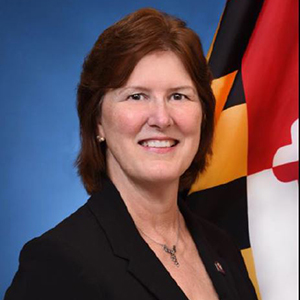 Mary Beth Tung, PhD, Esq., was named by Governor Hogan as the Director of the Maryland Energy Administration (MEA) on May 17, 2016.
Previously, Dr. Tung served as Deputy Secretary of Operations at the Maryland Department of the Environment (MDE). In her role at MDE, she managed, human resources, information technology, the budget and procurement; and oversaw the facilities management functions of the agency. Mary Beth also helped to develop innovative solutions for the department to work more efficiently, and lead the Department in Emergency Preparedness and Radiation Health efforts. She also oversaw the move of MEA to the MDE Baltimore headquarters and helped to coordinate energy programs statewide to assist MDE reach its environmental goals, an effort that is continuing in her new role.
Dr. Tung worked as an attorney practicing business and intellectual property law and assisting clients with government contract disputes. Previously, she was a registered patent agent specializing in biotechnology and was a biotech patent examiner at the United States Patent and Trademark Office. She also was an assistant professor at the University of Rochester School of Medicine and Dentistry.
Mary Beth earned a bachelor’s degree in biology from the University of Cincinnati, a Ph.D. in Biomedical Sciences from Wright State University, was a Postdoctoral Associate in pharmacology and virology at the Yale University School of Medicine and received her J.D. from the University of Maryland Francis King Carey School of Law. She is a member of the Maryland bar.
She lives in Clarksville, Maryland and is married with two grown children. She enjoys sailing on the Chesapeake Bay and backpacking on the Appalachian Trail and other trails. 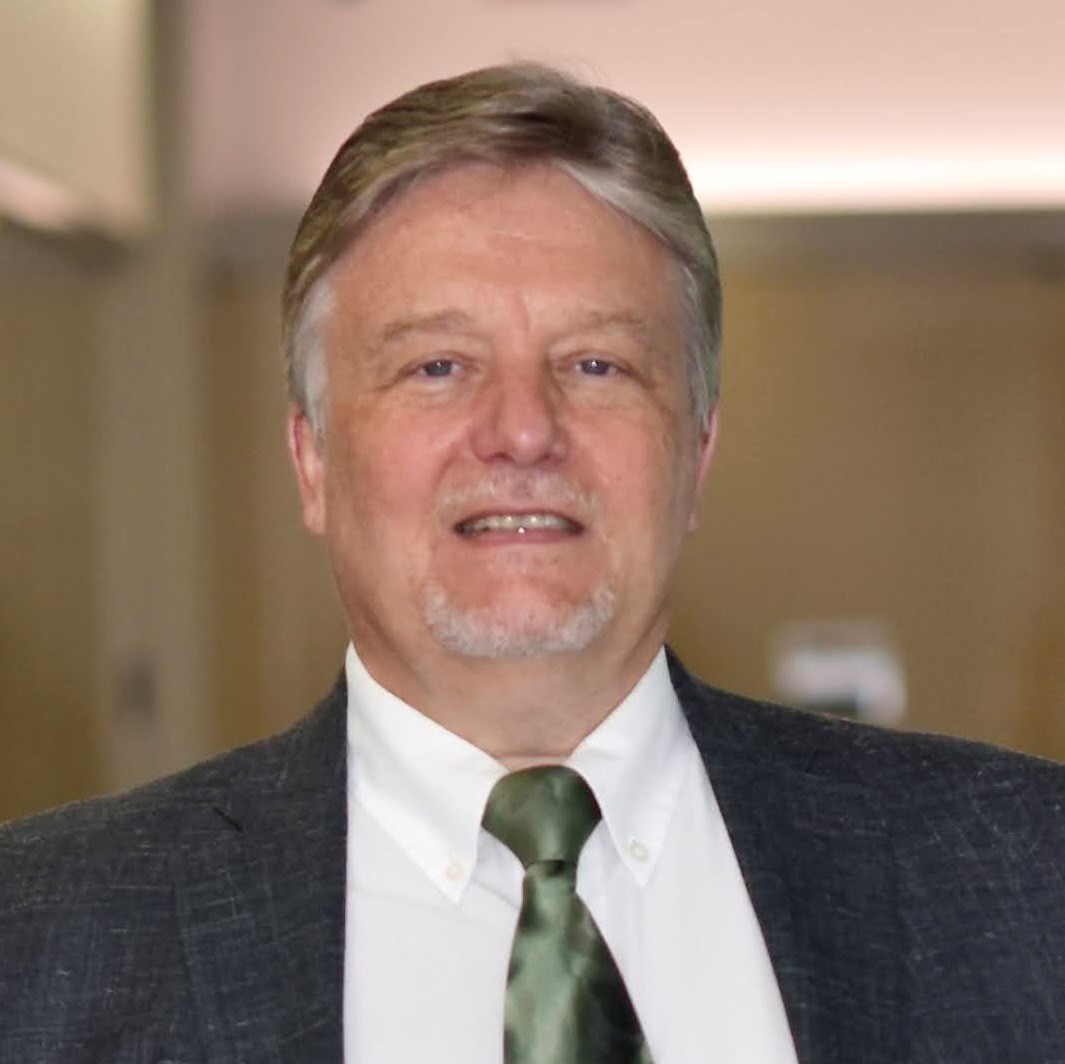 Dr. Wachsman is President of The Electrochemical Society (ECS) and Editor-in-Chief of Ionics. He is a Fellow of both ECS and the American Ceramic Society; elected member of the World Academy of Ceramics; the recipient of the 2017 Carl Wagner Award from ECS; the 2014 Sir William Grove Award from the International Association for Hydrogen Energy; the 2014 Pfeil Award from The Institute of Materials, Minerals, and Mining; the Outstanding Invention of 2013 award from the University of Maryland Office of Technology Licensing; the 2012 Fuel Cell Seminar & Exposition Award; and the 2012 HTM Outstanding Achievement Award from ECS.

His research is focused on solid ion-conducting materials and electrocatalysts, and includes the development of solid-state batteries, solid oxide fuel cells, ion-transport membrane reactors, and solid-state gas sensors, using advanced ion conducting materials. He has more than 270 publications and 35 patents/patent applications on ionic and electronic transport in materials, and their catalytic properties, and device performance, and to date three companies have been founded based on these technologies.